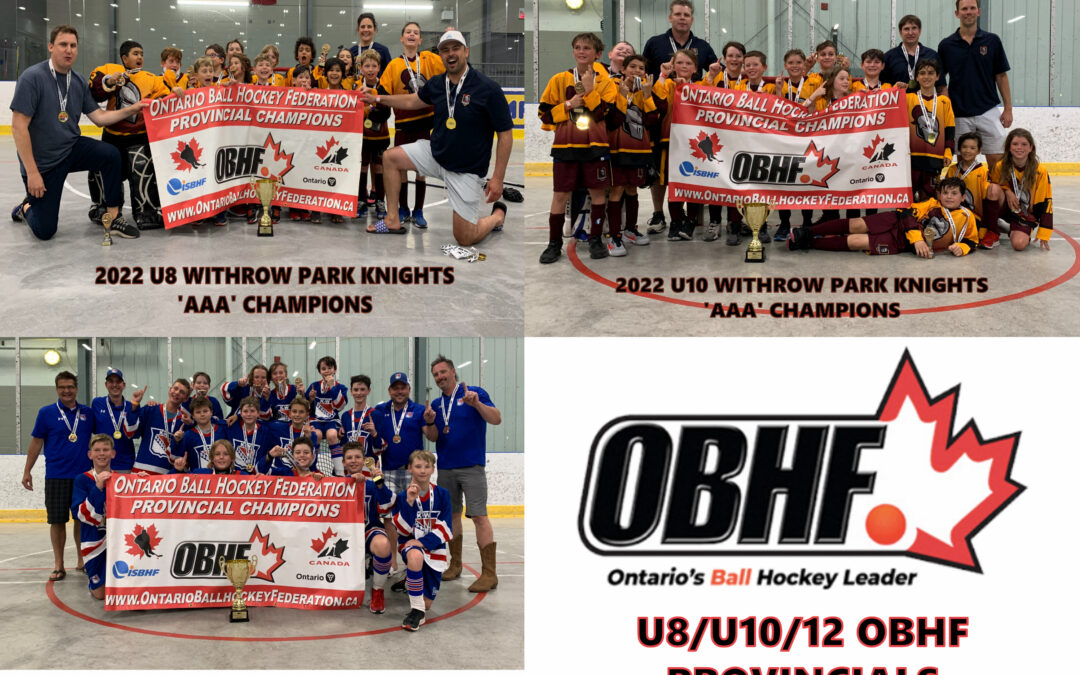 On the weekend of July 8th to 10th over 600 kids 12 and under and 53 teams attended the OBHF Provincials in Milton. It was our first minor tournmanet in over 2 years and it was a hit!

Our Weekend Champions were are follows:

U8 ‘A’ Champions – Georgetown Gladiators

U10 ‘A’ Champions – Orangeville Warriors

U12 ‘A’ Champions – Hamilton Tigers