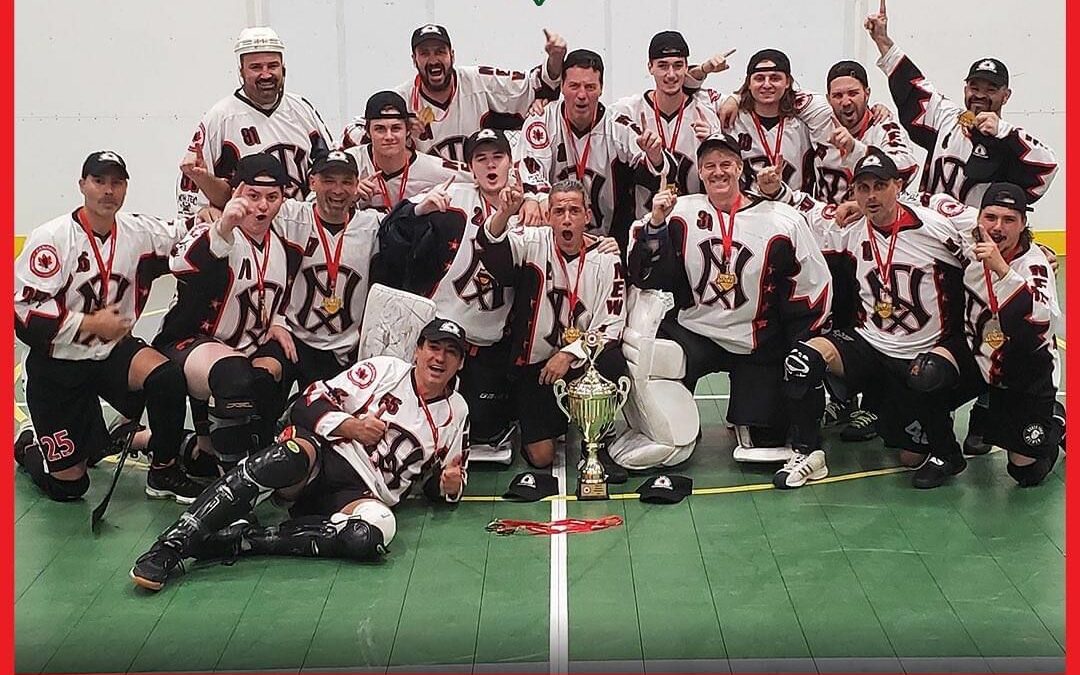 The road to the Saskatoon Men’s “D” Nationals for the Vaughan Saints has been a long and bumpy road due to the pandemic and very long shut down of our great sport of ball hockey. If you were not aware, you should be now, the Vaughan Saints were built by Jack Caruso with a mix of young guns and wily veterans that have been through the grind more than once.

As we approached the departure day, we received some bad news and had several team members not able to travel with us which made it an uphill battle from game 1.  We got embarrassed 5-1 in game 1 to the Knowlton Nashers from Edmonton, leaving our goalie out to dry.  It was very clear that we needed to change our game plan moving forward.  Jack Caruso, our team captain and GM, put together a game plan which seemed to work and get us through the preliminary round.

Once we hit the semi final’s we yet again received some bad news and had to play 2 men down for this game leaving us with only 7 forwards which is very tough.  This is when our young guns kicked it into another gear and took over the tournament. After being up 3-0 and allowing New Brunswick back into the game we were able to pull it out in OT with a beautiful goal by Daniele Rocci.

Into the finals we go with a beat up roster and down one center again Jack Caruso comes up with a creative game plan to slow down the Knowlton Nashers, this is the same team that embarrassed us in game 1. Once again we got off to a 2-0 lead just to blow it again and head to OT.  This time it went into double OT and with only 4 minutes before a shoot-out, once again, one of our young guns Jayden Steele finishes it off with a beautiful pass from Nick Lombardi. I would like to Thank the CBHA & Ontario Ball Hockey Federation for putting together a great tournament, very well organized and safe for all players and fans.