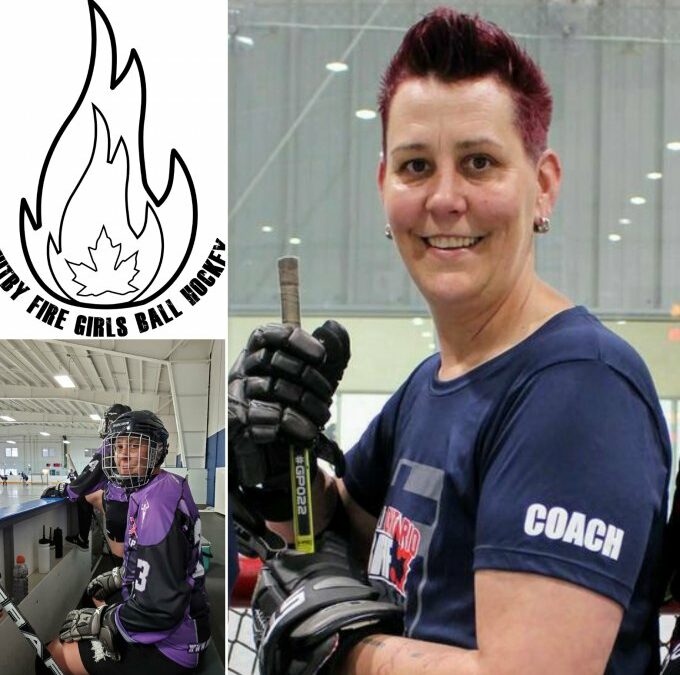 After a long fought battle with cancer Tracy passed away peacefully at the Cobourg hospital with her wife and dog Peanut by her side July 23, 2020.

Tracy will always be remembered as a champion who put her heart into everything she did, she had big dreams and made her dreams a reality.  Before becoming a member of the OBHF she accomplished so much in both ball hockey and ice hockey communities in her area.  She was an amazing teammate, coach, referee, mentor and league organizer.  Her battle with breast cancer began 3 years ago.  Not 2 weeks after winning that battle she traveled to Slovakia as the coach of a U20 girls Canadian Ball hockey team bringing home gold on Canada day in 2018.  Upon returning home from Slovakia Tracy saw a great need for girls in ball hockey in the Durham Region and started the first ever all girls league in Whitby, ON, with the OBHF.  She successfully ran a league with girls aging from 3 to 65 years old providing a safe place to play ball hockey.  Within that year Tracy played on the first ever Whitby Fire Masters team that went to provincials and watched two other age groups from the league have great success while at Provincials.  She then went on to coach in 2019 at Nationals in Vancouver with Team Ontario and later that year was hired as the Assistant Coach for the U20 Junior Girls Team Canada.  Sadly Tracy’s cancer attacked again just a few months ago and although she put up a huge fight she passed with her wife and dog Peanut by her side on July 23rd 2020.  She was a fighter, a difference maker, and poured her heart and soul into all aspects of her life and community.  Tracy will be remembered by all who came in contact with her over her lifetime and many of those people will live out her legacy in all they do.  Tracy’s spirit will live on in the arena and the U20 Junior Girls Team Canada will stop at nothing to bring home gold for her in 2021!”