The following tables contain the minimum suspensions for infractions within an Ontario Ball Hockey Federation Exhibition, Regular season, Play-off, and Tournament games. Member leagues can increase any and all of these recommendations. When a player receives a suspension, that player is ineligible for all OBHF activity including other leagues, tournaments and exhibition games until the suspension is served in full with the team in which they received the suspension. If a suspended player attempts to circumvent their suspension in any way, they will have their suspension automatically doubled and have their status reviewed by the OBHF Disciplinary committee. 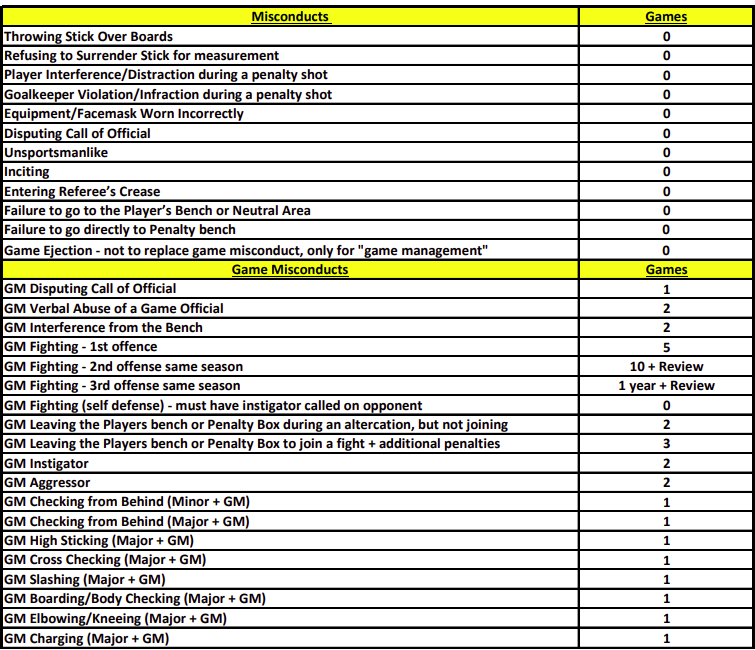 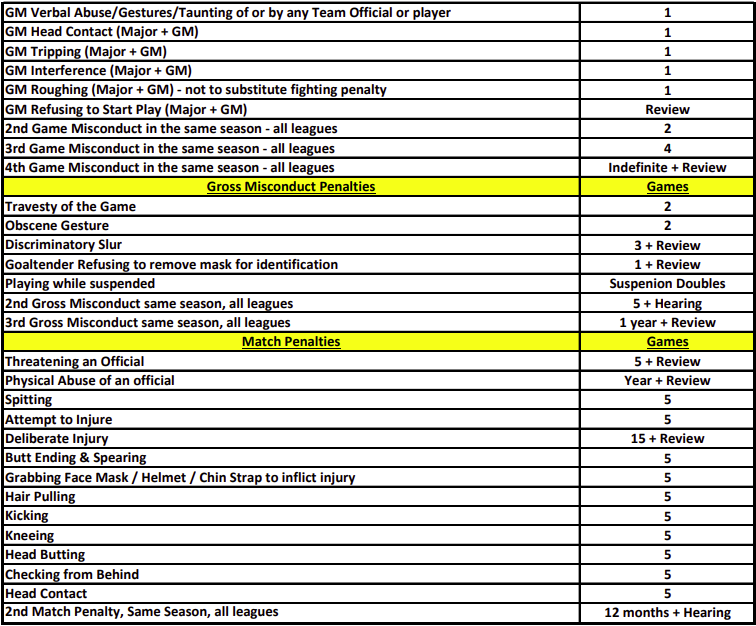